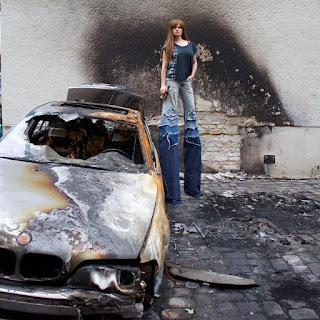 Today is this day.
Questions are answers.
Split as always, whole as always.
And taking off.

At the airport everyone was kissing goodbye, slow sensual cliche kisses, searching eyes for answers, beating chests, standing on tiptoes. In the seat in front of me an older man talks to a younger woman in German. She mentions her boyfriend a lot. The guy next to me has a nervous tic, repeatedly snapping his fingers, vibrating the arm rest. He takes out papers about cash flows, and now closes his eyes, fingers to a standstill. Then sudden full body jerk. And stillness again.
Before I left my friend told me my life stories were reminding her of a seventies band. Time to get out of town for a bit. See the small world from above.

In Berlin they say some left wing punks have set fire to a BMW in a nice calm neighborhood.

This is the least of it, the world really is in tumult. 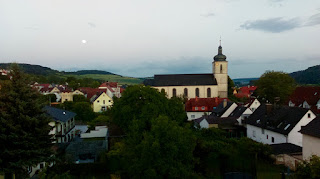 In the south of Germany there is a full moon on the solstice, the first time this has happened since 1967, the Summer of Love.  She stands watching the full moon from the window of her mother’s childhood home, wondering what fantasies of travel and escape were running through her head as she looked out this window in that year. Her grandfather shows her the fields that he plowed as a sixteen year old, six weeks of plowing in exchange for a pig for the family. He was the youngest of eleven, but he was the tallest, like his father. 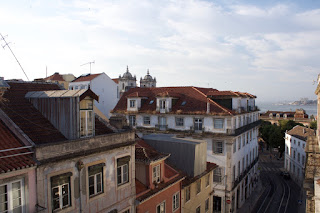 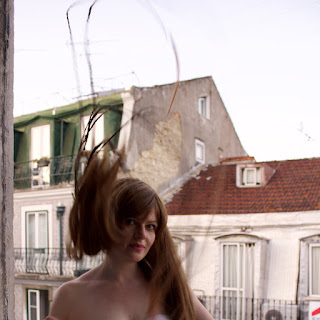 In Lisbon there is an easy breezy apartment with the room from her dream. 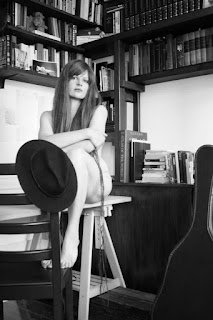 An Irishman tells her about his broken heart.

The British exit the European Union.

In Italy there is a man with a very Italian name and she wants to be riding with him on a motorbike through the hills to a mountain pool for the rest of her life. They drive through a flock of sheep, the town is empty. A car drives up, a big man with white hair in a ponytail, he is a famous musician. He says, tell them I sent you. The town is silent. The pool is at the top of the world. To one side there is a cage with unexpected peacocks. In the water they are completely alone, or the town has secret eyes all around. Swallows arc and circle above, dipping down into the pool for a moment, and another perfect moment. Le rondini.

He helps her film things.

From the right angle she can blend in with the trees. 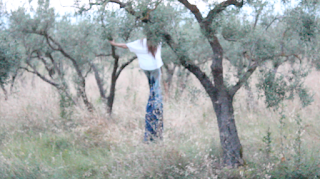 What is this hidden world. She tries to take a picture in the dark.
The only evidence we have is our shadows. 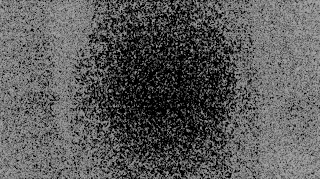 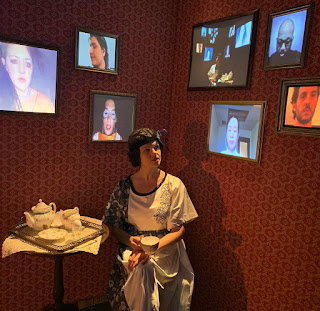 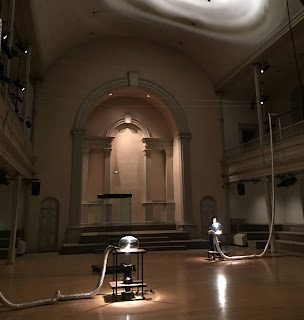 Jessica Weinstein
Jessica Weinstein is an actor and performing artist who creates and enables structures that allow a shimmering shifting between fiction and reality. She makes new theater and live film with her company Anonymous Ensemble, and collaborates as an actor with other theater makers, film makers, and visual artists. Her ten foot tall alter egos include the cabaret and film star Tall Hilda, and the singer-songwriter Ellipsa. She has a traveling soul and a deep love of languages, and has performed on every continent but Antarctica. 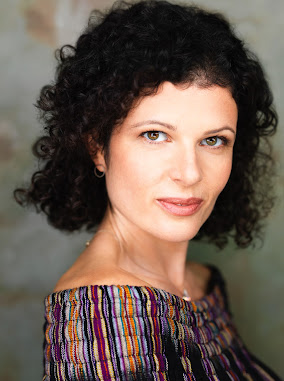